Last month I needed a body moisturiser and having used this kukui nut moisturiser from Alba Botanica before, and absolutely LOVING it, I decided to purchase it again.

One smooth encounter with this grand-luxe body cream and skin will go coo-coo for kukui. High in essential fatty acids and nutrients, kukui nut softens and nurtures skin. We blend in vanilla, cucumber and arnica extracts, tropical oils and enriching shea and cocoa butters to lock in moisture for all day softness.

I have to say, I am COO-COO for kukui, hence why I bought this moisturiser again! It smells SO GOOOOOD! I find it smells like frosting and I just want to dip some cookies in it and eat it up. It’s seriously that good of a smell.

View ingredients for this moisturiser.
Aqua (Water)
Aloe Barbadensis Leaf Juice*
Caprylic/Capric – Triglyceride Derived from coconut oil and glycerin.
Carthamus Tinctorius (Safflower) Seed Oil*
Glycerin
Butyrospermum Parkii (Shea) Butter
Glyceryl Stearate SE – A lipid used as surfactant and emulsifying agent. Vegetable origin.
Stearic Acid – One of the useful types of saturated fatty acids that comes from many animal and vegetable fats and oils.
Aleurites Moluccana Seed Oil – The oil expressed from the nuts of the kukui nut tree, also called candlenut tree.
Stearyl Alcohol – A compound produced from stearic acid, a naturally occurring fatty acid.
Brassica Campestris (Rapeseed) Seed Oil
Macadamia Ternifolia Seed Oil
Theobroma Cacao (Cocoa) Seed Butter*
Zea Mays (Corn) Oil
Arnica Montana Flower Extract
Citrus Grandis (Grapefruit) Seed Extract
Cucumis Sativus (Cucumber) Fruit Extract
Vanilla Planifolia Fruit Extract
Ascorbyl Palmitate – An ester formed from ascorbic acid and palmitic acid creating a fat-soluble form of vitamin C.
Carbomer – A term used for a series of polymers primarily made from acrylic acid.
Dimethicone – A type of silicone, dimethicone is one of the most frequently used emollient ingredients in moisturizers due to its gentleness and effectiveness. Dimethicone is considered a synthetic ingredient, even though it’s derived from natural silicon.
Polysorbate 60 – Most often derived from lauric acid, which is derived from coconuts.
Potassium Hydroxide – Highly alkaline ingredient (also known as lye) used in small amounts in cosmetics to modulate the pH of a product.
Tocopherol – A class of organic chemical compounds, many of which have vitamin E activity.
Tocopheryl Acetate – Also known as vitamin E acetate, is a common vitamin supplement.
Ethylhexylglycerin – A synthetic skin-softening agent also used as a preservative, a carrier, or suspending agent for other preservatives such as phenoxyethanol.
Phenoxyethanol – Common cosmetics preservative that’s considered one of the least sensitising for use in formulations. It does not release formaldehyde. Can be found naturally in green tea, but the commercial ingredient is synthetically produced in a laboratory creating what’s termed a “nature identical” chemical.
Benzyl Benzoate – A naturally occurring component of essential oils, such as Jasmine Oil and Ylang-Ylang Oil.
Coumarin – Apparently it can be synthetic or natural… Organic compound found in plants and derived from the amino acid phenylalanine.
Fragrance (Parfum) – Don’t know the source of the fragrance.
Beta-Carotene (CI 40800) – An organic, strongly colored red-orange pigment abundant in plants and fruits.
Caramel
*Certified Organic Ingredient

View these ingredients on CosDNA.

It has coumarin as an ingredient which rates quite high/bad. That seems to be because it’s associated with allergies and contact dermatitis. I guess it also depends on if it’s natural or synthetic, which I don’t know in this case.

As you can see I’m already more than halfway done my tub of cream already!

This body cream is super moisturising. I apply after my morning shower and I smell like frosting all day long! The scent is not overwhelming though, but then again I love it so I could be biased. 😉

This review is not the longest, but other than it smells good and it moisturises really well I’m not quite sure what else to say…! 🙂

I bought this one on Well.ca for $11.99 CAD and I know you can also get Alba Botanica at Loblaws. If you’re a first-time buyer on Well.ca you can save $10 on your order of $40 or more with my code below.

What moisturiser are you currently using? 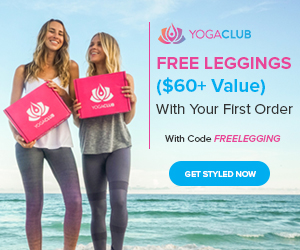